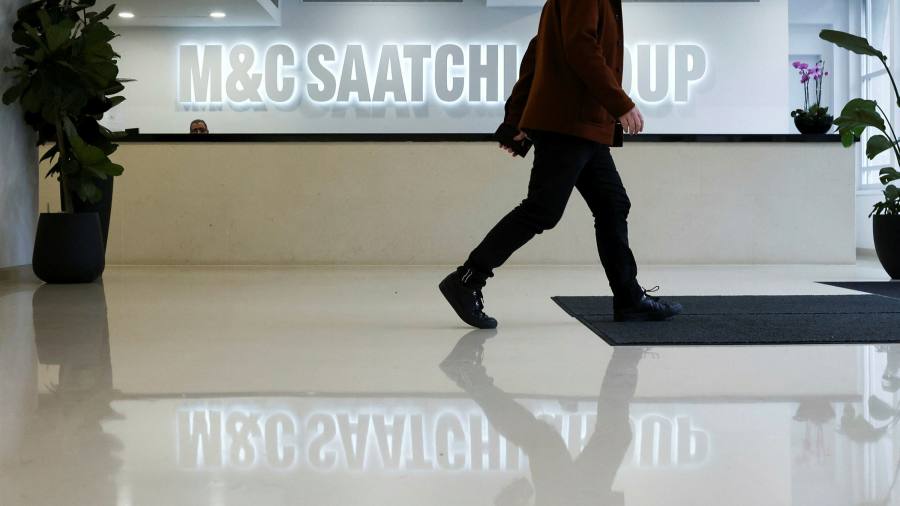 UK advertising agency M&C Saatchi has reversed its decision to support a proposed takeover from rival Next Fifteen, just weeks after agreeing the deal.

The agency, founded by the Saatchi brothers and known for its ties to the Conservative party, said on Friday it no longer supported the deal because of the drop in Next Fifteen’s share price since the agreement in May.

Shares in Next Fifteen have fallen more than 30 per cent since then to 892p, and were trading 2 per cent lower on Friday. M&C’s shares fell 8 per cent to 163p by mid-morning in London.

M&C said shareholders should vote against the takeover. Next Fifteen had offered 0.1637 of its own shares and 40p in cash for each M&C share, valuing the takeover at £310mn. However, the fall in Next Fifteen’s share price now values M&C at £233.7mn.

Tim Dyson, chief executive of Next Fifteen, said in response that the company believes the offer is “full and fair”.

“We do not believe that the recent market volatility undermines the fundamental proposition of this transaction,” he added.

The board of Next Fifteen added that its offer “represents the most attractive of the choices facing M&C Saatchi Shareholders” and asked them to vote in favour.

The about-turn is the latest twist in a long-running battle for M&C between Next Fifteen and an investment vehicle owned by the advertising agency’s largest shareholder, Vin Murria, the British businesswoman and tech entrepreneur.

Murria built her stake in M&C in 2020 after its share price was knocked following an accounting scandal a year earlier, the biggest crisis to hit the agency since its creation in 1995. However, the company’s prospects improved in January after regulators dropped the accounting investigation.

Murria founded Advanced Computer Software, where she served as chief executive until 2015 when the business was acquired.

ADV and Murria, who was also deputy chair of M&C until earlier this month, hold a combined stake of more than 20 per cent in the advertising agency.

In a blow to Murria, M&C’s board accepted Next Fifteen’s offer last month.

But the advertising group said on Friday that, along with advisers Numis and Liberum, it no longer considered the terms of the deal to “be fair and reasonable solely on the basis of the deterioration in value of Next Fifteen shares since the announcement date”.

M&C said its directors “unanimously recommend” that shareholders “do not vote in favour of the scheme” at its court meeting, “nor in favour of the special resolution to be proposed at the M&C Saatchi general meeting”.

The advertising group added that it considered the Next Fifteen offer and Murria’s offer “to be inferior to M&C Saatchi’s standalone prospects”.

However, the company added that if it was unable to realise its “prospects” as a standalone business, then it would consider Next Fifteen’s offer to be “superior” to Murria’s.

M&C said Next Fifteen would still be “the preferred future owner” for reasons including strategy, commercial prospects, and culture.