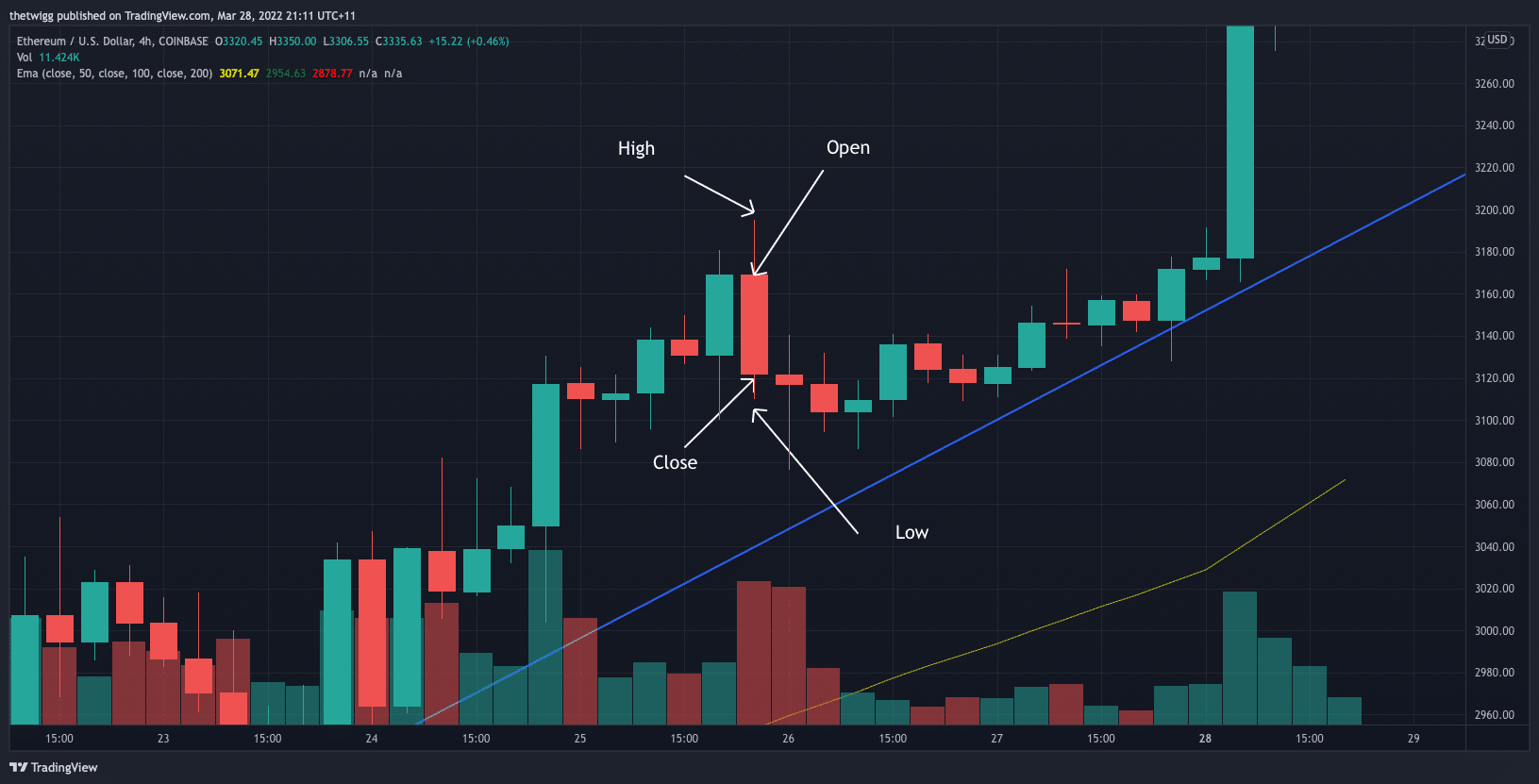 In the diagram above (Fig1), a candlestick chart is shown for ETHUSD on a 4 hour time window. Each candle shows the high, low, open and close prices within the 4 hour window. The segment of the candlestick bar from the open to the close is called the “real body” while the extensions beyond it to the high’s and lows are called the “shadows”. In the above diagram, the close is higher than the open and hence the colour of the candle is depicted in Green, meaning ETHUSD closed in green during this 4 hour window.

Similarly if the price of ETHUSD closes lower than it opened within the 4 hour window, it will close in the red as depicted in Fig2.

A collection of such candlesticks can form a chart and provide a storyline around the price movements. These price movements are valuable from a historical as well as from a predictability point of view.