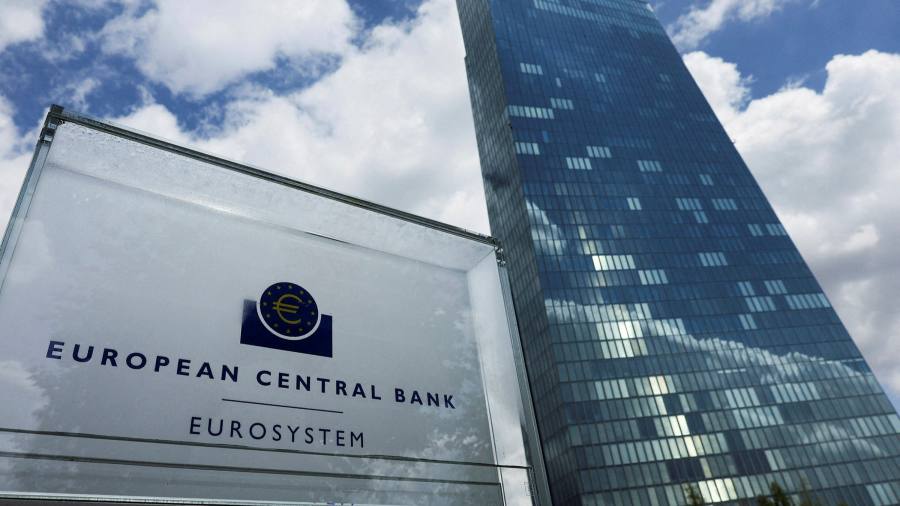 The euro weakened on Friday and German government debt rallied, after worse than expected business activity surveys weighed on a market outlook darkened by the resignation of Italy’s prime minister.

The common currency fell 0.7 per cent against the US dollar to just under $1.02, despite the European Central Bank on Thursday implementing its first interest rate rise in 11 years — pulling its main deposit rate back up to zero.

Bond investors also continued to demand a heavy premium for lending to Italy after Mario Draghi’s resignation set the stage for a snap election and President Sergio Mattarella expressed concern about the nation’s ability to push through reforms required to receive EU recovery funds.

The yield on Germany’s benchmark 10-year Bund dropped 0.16 percentage points to 1.06 per cent as the price of the low-risk debt instrument rose significantly in a bout of haven buying.

A purchasing managers’ index for Germany produced by S&P Global on Friday fell to a reading of 48, below the watermark of 50 that separates expansion from contraction. The composite PMI for the eurozone dived to a 17-month low of 49.4 in July, from 52 in June, missing economists’ forecasts.

Italian bond prices also rose. But the spread between Italian and German 10-year bond yields — a gauge that is closely watched by ECB policymakers for signs that its monetary policies are affecting weaker nations disproportionately — remained at an elevated 2.37 percentage points. Italy’s public debt stands at 150 per cent of gross domestic product.

The ECB on Thursday unveiled a bond-buying mechanism to limit the divergence between the borrowing costs of the eurozone’s strongest and weakest economies.

But the new Transmission Protection Instrument failed to assuage concerns about Italy as it required governments to have “sound” macroeconomic policies.

“We would anticipate the market will test the ECB’s resolve with the new TPI,” said David Zahn, head of European fixed income at Franklin Templeton.

Snap’s shares dropped more than a quarter in pre-market trading on Friday after it posted a $422mn quarterly loss and reported a slump in advertising demand. A wave of caution had already hit the tech sector, with Google and Microsoft reassessing their investment priorities, while investment bank Goldman Sachs has warned it may slow hiring.

US government bond markets rallied on Friday, with the yield on the benchmark 10-year Treasury note falling 0.09 percentage points to 2.82 per cent, as traders queried the extent to which the Fed — which is expected to raise interest rates by a further 0.75 percentage points next week — will lift borrowing costs in the coming months. US inflation hit a 40-year high of 9.1 per cent in June.