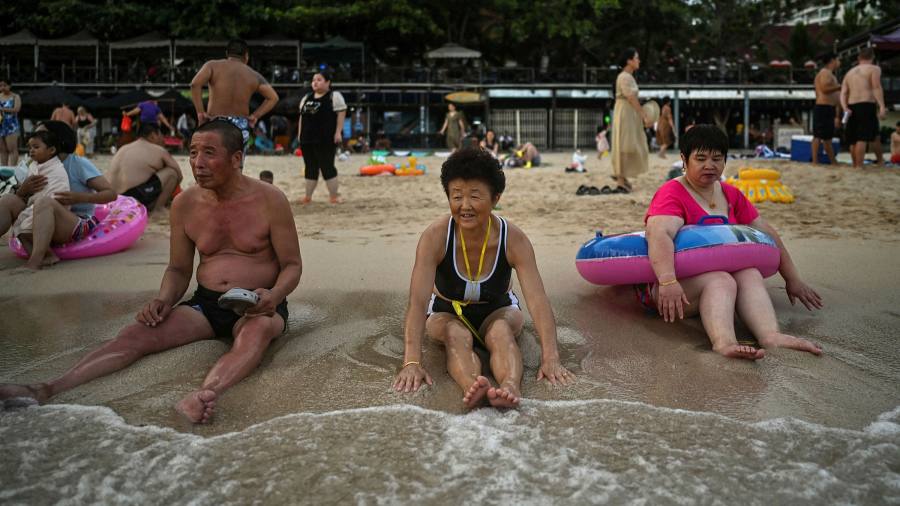 Claire Li was looking forward to her trip from Shanghai to her home in Anhui province after two months of grinding lockdown. But before the graduate student could see her family, she had to spend seven days locked in a room with a stranger and bad food at a local quarantine facility.

Such appalling conditions might be bearable for homesick students and other travellers who have not seen loved ones for months, if not years. But for most tourists and business travellers, they provide a powerful incentive to stay at home.

While most residents in Shanghai, Beijing and other lockdown-affected cities have been free to travel around their hometowns since early June, venturing beyond the city limits is another matter as regions across the country continue to enforce quarantine and other restrictions on outsiders.

The result has been an ever-shifting patchwork of ad hoc local quarantines that are dissuading tourism and business travel across the world’s second-largest economy, further delaying its recovery from President Xi Jinping’s controversial zero-Covid policy.

People from Shanghai, which endured the worst of China’s zero-Covid lockdowns this spring, have been worst affected. Two popular tourist destinations — Sanya on tropical Hainan island and Dali in south-western Yunnan province — require arrivals from the financial hub to serve, respectively, three- and seven-day quarantines before they can begin their holidays in earnest.

Even small cities and rural areas well off the most popular tourist tracks are suspicious of arrivals from Shanghai, for fear that they are carrying Covid-19 with them. While in quarantine in Anhui, Li was irked that health workers in her hometown constantly referred to her as “a patient” even though she repeatedly tested negative for Covid.

“Travel activities will be the last to resume because as long as there’s one place with an outbreak there will be an impact on travel nationwide,” said Ernan Cui, an analyst with Gavekal Dragonomics in Beijing.

“I don’t expect it to recover very fast, especially after the recent outbreaks in big cities like Shanghai and Beijing,” she added. “Travel is definitely lagging behind the overall recovery cycle.”

During the Chinese new year holiday in February, Tennyson Brown-Wolf, an American graduate student in Beijing, decided to travel to the ice sculpture festival in Harbin, after his hotel assured him and a friend that there were no quarantine requirements for outsiders.

But while en route to Harbin on a high-speed train, the hotel informed them that the policy had changed and they would be quarantined after all. They jumped off at the next stop and caught the first train back to Beijing.

“It was chaotic, and I felt powerless,” said Brown-Wolf, who endured a two-week quarantine when he first arrived in China a year earlier. “I felt dread and fear at going through quarantine again.”

Beijing has so far evaded a hard Shanghai-style lockdown but a recent outbreak has led to the imposition of a series of measures in the capital. As a result, many cities treat Beijing residents as suspiciously as they do people from Shanghai.

Dali enforces a seven-day quarantine for Beijing arrivals while Nantong, a second-tier city in eastern Jiangsu province, asks people from the capital to isolate for three days.

Shanghai and Beijing residents willing to endure quarantines while travelling across the country face an additional risk at the end of their holiday or business trip — the possibility that they may not be allowed to return home immediately.

On Wednesday Beijing residents hoping to fly home from Xiamen, capital of south-eastern Fujian province, were not allowed to board flights if they had been to Zhangzhou, a neighbouring city of 5.1mn people where six Covid cases had been discovered.

Tizi, an influential Beijing-based video blogger with 4.9mn followers on Weibo, China’s Twitter equivalent, thought she could make a quick trip to Shanghai this month, a few days after its draconian lockdown ended on June 1.

She returned to Beijing by high-speed rail on Monday, expecting to spend seven days in hotel quarantine as arranged with local officials in her residential neighbourhood.

But after disembarking at Beijing South Station, health officials said she had to get back on a train and quarantine at a government facility in Shandong province instead.

A day earlier, dozens of people had been forced off another Shanghai to Beijing train and taken to quarantine facilities in Shandong and Tianjin, a large port city bordering the capital, when a suspected case was discovered on board.

“I have been through hardships but I cannot accept being randomly assigned somewhere like this,” Tizi said from quarantine in Shandong’s capital, Jinan, two-and-a-half hours from Beijing by train.

Tizi used to roam all over China, attending events for sponsors and shooting content for her followers. But her business model has been shattered by zero-Covid travel risks. “There is nothing much I can film at home,” she said.

We must stop sleepwalking towards a surveillance state