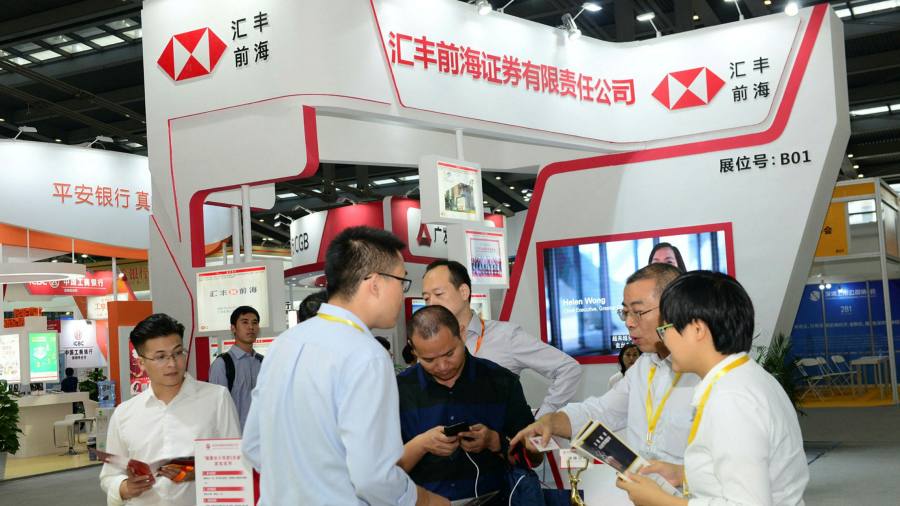 HSBC has become the first foreign lender to install a Chinese Communist party committee within its investment banking subsidiary in the country, a move that underlines the tension facing the bank as it tries to navigate between Beijing and the west.

The lender’s China investment bank, HSBC Qianhai Securities, recently established a CCP committee, according to two people familiar with the decision. The move came after HSBC lifted its stake in the joint venture, which it launched in 2015, to 90 per cent from 51 per cent in April.

A CCP committee, which can be made up of several branches, is required by Chinese companies law but not yet widely enforced among foreign finance groups. It is typically formed of three or more employees who are also members of the Chinese Communist party. The committees serve a dual purpose as a workers’ union and the means by which a party representative is installed within a company’s top ranks, sometimes in a director or management role.

HSBC’s move will pressure other foreign banks to follow suit and some have been examining whether they are required to do so after taking full ownership of their mainland securities and brokerage operations in the last two years, said several senior people at those institutions.

“It is significant in the sense of where [HSBC] is allocating its future,” said one of the people. “It is increasing its ties with an autocracy that clearly has views on how far it wants to reach into private companies. It is another brick in that wall.”

HSBC is one of the most exposed global companies to the escalating geopolitical rivalry between China and the west. It is headquartered in London but makes almost all of its profit in Hong Kong and has designs to expand dramatically across mainland China.

Reflecting its dilemma, in May its largest investor Ping An called for it to be split into eastern and western units, warning that straddling both regions would become impossible in the coming years. HSBC is also one of the most frequent targets of politicians in China, the US and UK over sanctions, trade and political instability in Hong Kong.

HSBC declined to comment on the CCP committee but people close to the bank stressed it would not have any management role such as would exist in a Chinese state-owned enterprise. The bank set up its committee earlier this month, according to one of the people familiar with the decision.

HSBC Qianhai is run by Irene Ho and overseen by ​​David Liao, co-chief executive of Asia-Pacific. Qianhai provides investment banking services such as advisory, running initial public offerings and securities trading. HSBC has around 7,000 staff on the mainland, far more than any other foreign-based lender.

Seven global banks control investment banking operations in mainland China — HSBC, Goldman Sachs, JPMorgan, Credit Suisse, Morgan Stanley, UBS and Deutsche Bank — however, only HSBC has so far set up a CCP committee, according to multiple people familiar with the matter. The other banks declined to comment.

“There was an internal email that said we might need to do something, but for the time being . . . it is not yet compulsory,” said the Asia head of one international lender.

Executives of US banks are particularly worried about the optics of potentially exposing strategic decisions and client data to the CCP, several told the Financial Times.

Goldman Sachs does not have a CCP committee but has employed senior party members, including Fred Hu, who was chair of its Greater China business. It runs one of the oldest Wall Street investment banking businesses in China after it established a joint venture with Beijing Gao Hua Securities in 2004. UBS hired Fan Yang, who is the daughter of Liu Yandong, the former vice-premier of China, as its chair of global banking for Asia in 2020.

A senior regional executive for a Wall Street bank said that there has been a “longstanding understanding” with the China Securities and Regulatory Commission that most foreign securities or brokerage companies do not require CCP committees. Little behind-the- scenes pressure has been exerted so far, the person added.

“HSBC is on the right side of this one,” said another person with knowledge of its decision. “You don’t second guess the authorities in China. If they catch up they put you in the sin bin. Any American bank who isn’t doing the same is playing a dangerous game.”

HSBC has separately established CCP committees in other entities it controls in China, such as within its asset management joint venture with Shanxi Trust.