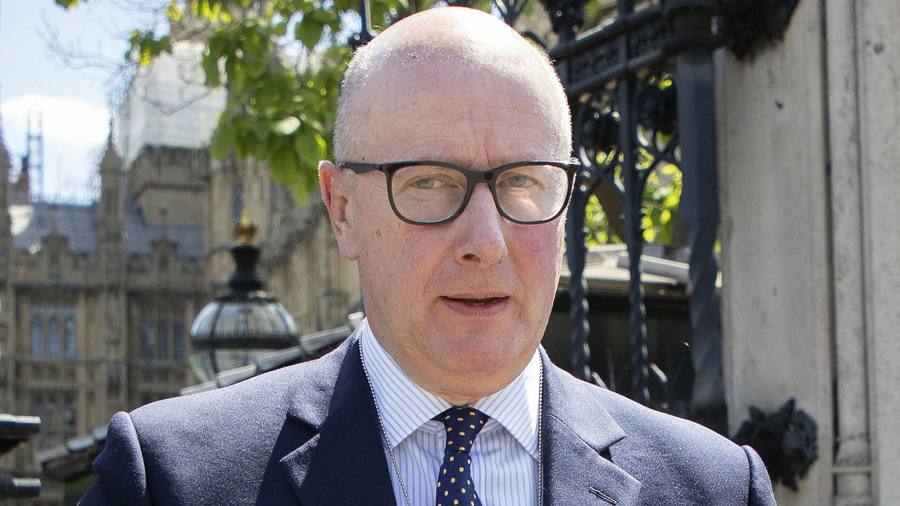 Lord Christopher Geidt said he had been put in an “impossible and odious position” because of a proposed violation of the ministerial code, in the letter explaining his resignation as Boris Johnson’s ethics adviser.

According to correspondence published Thursday, Geidt quit after the prime minister vowed to maintain tariffs on a “crucial industry” — which officials say was steel — that risked breaching World Trade Organization rules.

“The idea that a prime minister might to any degree be in the business of deliberately breaching his own code is an affront,” Geidt wrote, adding that he had already been on the brink of resignation because of Johnson’s behaviour over “partygate” breaches of Covid-19 restrictions. The ministerial code requires ministers to comply with the law.

The prime minister’s spokesperson refused to confirm whether Geidt would be replaced — his departure on Wednesday made him the second ethics adviser to Johnson to quit in two years.

In his reply, Johnson himself said that Geidt’s letter had come as a “surprise” given the adviser had indicated on Monday he would stay until the end of the year. He said Geidt had complained about being asked for advice over future decisions related to Britain’s new Trade Remedies Authority.

“My intention was to seek your advice on the national interest in protecting a crucial industry, which is protected in other European countries and would suffer material harm if we do not continue to apply such tariffs,” the prime minister wrote. “It would be in line with our domestic law, but might be seen to conflict with our obligations under the WTO.”

Johnson said he had sought Geidt’s advice to ensure the government was acting properly. Government officials have told the Financial Times the letter was referring to the UK steel industry.

Last year the government said it would ignore advice from officials at the TRA to drop tariffs on imports of some types of steel after the industry warned that doing so would cost thousands of British jobs. The policy of keeping the tariffs in place has been supported by some opposition parties.

Geidt said he had been disappointed by Johnson’s failure to give a “fuller” account of criticism in the official Sue Gray report into partygate — the parties that occurred in Whitehall during Covid lockdowns.

“Inconsistencies and deficiencies notwithstanding, I believed that it was possible to continue credibly as independent adviser, albeit by a very small margin,” he wrote.

But the former adviser — once private secretary to the Queen — said the final straw came with this week’s request to approve a potential violation of the ministerial code.

He wrote: “A deliberate breach, or even an intention to do so, would be to suspend the provisions of the code to suit a political end.”

A Downing Street figure said colleagues were sceptical about Geidt’s excuse for quitting: “I think this is a contrived protest for resignation, it seems like a disingenuous reason, I’m presuming he has resigned over something else.”

Geidt quit a day after expressing his “frustration” over partygate in which gatherings in Downing Street broke Covid restrictions.

His departure comes a week after Johnson survived a confidence vote among Tory MPs by 211 votes to 148.

Geidt’s first task was to investigate the financing of Johnson’s refurbishment of his Number 10 flat. He was criticised for not being thorough enough in probing the prime minister’s claim that he was unaware that financing was coming from a Tory donor.

Questioned by the Commons public administration committee on Tuesday, Geidt acknowledged: “How can I defeat the impression that it’s a cosy, insufficiently independent relationship? It’s very hard. But I’m trying my best to work with what I’ve got.”

Geidt had said it was “reasonable” to suggest Johnson may have breached the ministerial code when he was fined during the partygate saga.

He told MPs the “ordinary man or woman” might have concluded Johnson had breached the code, given he had received a fixed-penalty notice.

US to boost Europe military presence as Nato strengthens defences