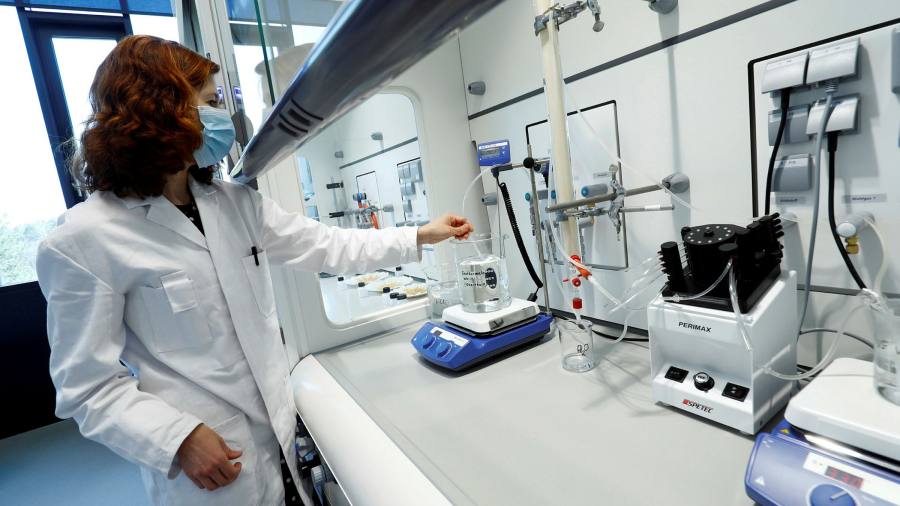 Stellantis will build a €50mn stake in Australian start-up Vulcan Energy Resources as it seeks to extract lithium from deposits in Germany and become the first European carmaker to make a substantial direct investment in the extraction of raw materials for batteries.

The move comes as carmakers are having to contend with soaring prices for key materials such as cobalt, nickel and lithium, adding pressure on the profitability of electric vehicles.

The group, which includes Fiat and Peugeot brands, plans to sell a total of 5mn battery electric cars worldwide by 2030.

Stellantis’s investment will make it the second-largest shareholder in Vulcan after founder and managing director Francis Wedin. The company has also been backed by a group belonging to Australian billionaire Gina Rinehart.

Vulcan has been awarded eight exploration licenses in Germany’s Upper Rhine Valley, where it hopes to extract lithium from geothermal brines and bought a facility in Insheim with an existing production licence last year. It also has an exploration licence for a site in the Monti Sabatini volcanic region near Rome.

The company plans to start commercial deliveries of lithium by the middle of the decade, contingent on further approvals from local authorities in Germany and amid opposition from some residents near its sites.

Vulcan’s shares — listed both in Australia and Frankfurt — have fallen by more than 50 per cent this year, as part of a broader market sell-off, after soaring in 2021.

Several other carmakers, including Volkswagen and Renault, have signed procurement deals with Vulcan, but these have not included upfront investments. The company is using a technique known as direct lithium extraction that separates the metal from geothermal brines.

BMW invested last year in a rival company, Lilac Solutions, which claims to be able to efficiently extract lithium from saltwater brines. The company did not disclose how much it had spent on the start-up, but filings indicate the deal is worth a fraction of the one Stellantis has made.

Carmakers, which have been pummelled by persistent shortages of semiconductors and key components, are increasingly considering investments in technology and commodity companies to avoid supply bottlenecks after decades of relying on contractors for materials and parts.

Tesla boss Elon Musk in May told a Financial Times conference that it was “not out of the question” for his company to buy a mining group.

“It’s not that we wish to buy mining companies, but if that’s the only way to accelerate the transition” to electric vehicles, the possibility was on the table, he said.

Such an acquisition would only make sense, though, if Tesla were capable of changing that mining company’s trajectory, he added.

The price of battery-grade lithium hydroxide has risen sharply. It is currently trading at $75 a kilogramme, according to a price assessment from Fastmarkets, up 400 per cent from time a year ago.

However not everyone is convinced small mining companies will be able to make the technology work. Only Livent, a big US lithium producer, can boast of using DLE technology on a commercial scale.