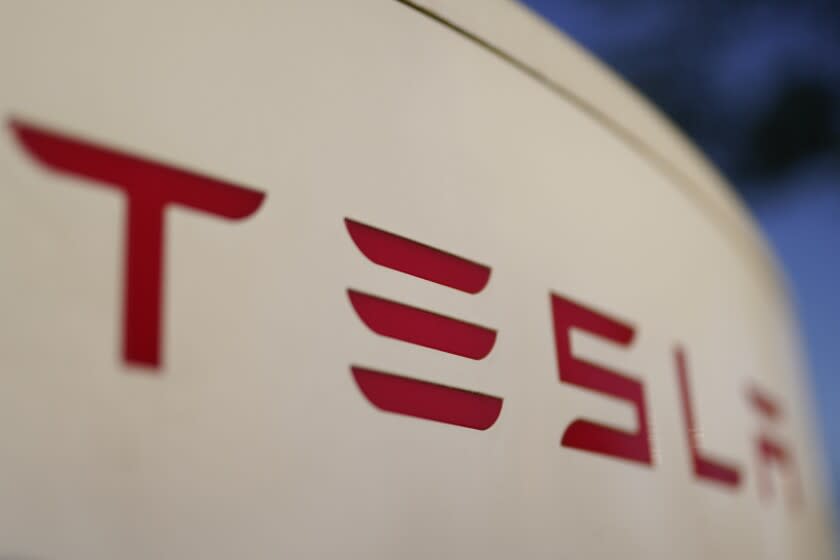 Tesla’s second-quarter profit fell 32% from record levels in the first quarter as supply chain issues and pandemic lockdowns in China slowed production of its electric vehicles.

But the Austin, Texas, company still surprised Wall Street with a $2.26-billion net profit for the quarter. Tesla stuck with a prediction of 50% annual vehicle sales growth over the next few years but said that depends on the supply chain, equipment capacity and other issues.

The company made a record $3.32 billion in this year’s first quarter.

Tesla’s sales from April through June fell to 254,000 vehicles, their lowest quarterly level since last fall. But the company predicted record-breaking production in the second half and said that in June it had the highest production month in its history.

Industry analysts had been expecting lower earnings after the lower sales figures and tweets by Chief Executive Elon Musk about laying off 10% of the company’s workforce because of fears of a recession. In an interview, Musk described new factories in Austin and Berlin as “money furnaces” that were losing billions of dollars because supply chain breakdowns were limiting the number of cars they can produce.

But Tesla exceeded Wall Street expectations from April through June with adjusted earnings of $2.27 a share. Analysts polled by FactSet expected $1.81. Revenue was $16.93 billion, beating estimates of $16.54 billion.

Wedbush analyst Dan Ives said the company’s results were “better than feared” for the quarter. The reiteration of the 50% annual sales growth will make bullish investors happy, he wrote in an email.

The company said it converted 75% of its bitcoin investment to government currency during the quarter, adding $936 million in cash to its balance sheet. It spent $1.5 billion on the investment last year, but it was unclear how much it has lost. Analysts say it is in the hundreds of millions of dollars.

The price of bitcoin has fallen about 50% so far this year.