[TOP STORY] Thungela lesson: How to spot a mispriced share 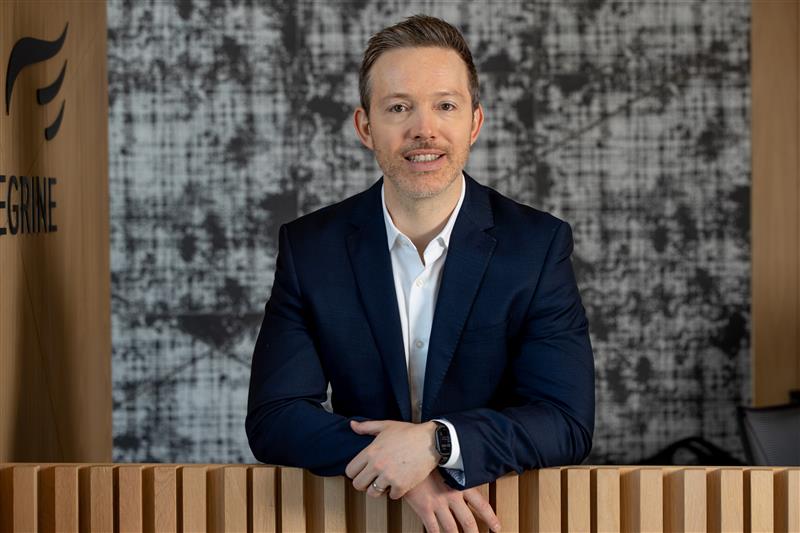 SIMON BROWN: I’m chatting with Jacques Conradie, CEO at Peregrine Capital. Jacques, good to chat again. Let’s kick off. The first half of this year, although it’s now been seven months, has been a tough period and it’s not really going away just yet. Inflation rates will come down in time, but that’s not happening any time soon, certainly not happening in this year.

What sort of opportunities are you looking for in the markets [that] you think are going to give you some outperformance?

JACQUES CONRADIE: Simon, thanks and great to be with you. I very much agree with you. We don’t think things [will] get back to normal in the next six months, and we think it might even be a longer period where we’ve got to wait to see how this inflation settles. Does the Fed get it under control by continuing to hike rates to the end of the year? There’s just a lot of uncertainty around.

So in that kind of environment, we almost think firstly with the hat on of how we protect investors’ money, knowing that volatility will be around.

First, make sure that you manage the downside for investors … if things end up being worse. Let’s say we have to push [interest] rates higher and markets get sent down, you want be protected in that scenario.

SIMON BROWN: I want to come to one of those potential event ones in a moment. One of the big success stories of the recent year or so, and indeed your fund, has been Thungela, which, when it listed, [one thought] it’s coal, it’s dirty, it can’t make money. We’ve got a green transition coming.

Fast forward, we’ve got an almost R300 share. We’ve got a trading update where for six months they’re going to earn call it R67/share of headline earnings per share. This has been a huge success story for those who caught it.

JACQUES CONRADIE: Yes, it’s certainly been [good]. We thought the thing was super cheap when it listed initially and was compelling, but it has obviously [ended] up much better than we even would have thought. As you said, they are earning R67/share for the six months, which means kind of every two months you earn R22/R23, which is around the price where we initially bought it. So you are basically earning your share price every few months which, certainly in our 24 years around, we’ve never seen. So you do get to see new things in markets every now and then.

We think investment is finding the companies that are most mispriced – so where you get the most for what you pay. And certainly Thungela was that kind of example.

It’s really old to dig coal out of the ground and burn it for power. Man has been doing that for 150 years. But actually it shows you [that] just buying a share for an attractive price can generate great returns. That’s the kind of thing we are looking for in this environment – just finding really kind of mispriced opportunities. I think [with] Thungela specifically, the reason we liked it was it was negatively correlated with the rest of our portfolio. Basically the longer or the worse the Russia/Ukraine situation got, the higher the coal price would likely go and the better that would be – so protect to some extent the rest of your portfolio as well. In months where the market was down it obviously gave us a real benefit.

SIMON BROWN: I hadn’t even thought of that – that lack of correlation. The other big school with Thungela of course is buying it at R20-odd in and of itself is a great deal. It’s the holding on. I know from a lot of listeners out there [that when] they buy something for R20/share and it gets to R40 or maybe R80 or R100, [with] the thrill of that profit they exit, whereas it has basically been just been warming up. It is that ability to look through the price and see, you know what, it has moved but it’s still actually mispriced.

JACQUES CONRADIE: I think it’s such a vital point and I think – even in my own career – you look at some of the missed opportunities where you sell something early. Those are the lessons you try to learn so that, if you find the 10-bagger, you don’t sell it at two times up, and you try to at least hang on till some 10 times higher. Obviously you have to sell some because, let’s say, initially if we put 2.5% in Thungela it would’ve been 25% of the fund right now if we had not sold any. So we’ve certainly sold a little bit now, but quite late on in the process, and [during] most of the early part we just held on.

I think a key fork in the road was for us at about a R100/share. We had sold a material part of the position, and then this Russia/Ukraine war broke out, [ we were] willing to change our mind and say we’ve got new information here. This means coal prices, gas prices are probably going to go much higher. Even though the price has gone up a bit from where we sold, let’s just change our minds, get back in and buy back all those shares, because it looks like compelling value.

When the facts change you’ve got to change your mind.

SIMON BROWN: Yes. That’s a key point. I was looking at that chart. Back in early February it was sub-R100. I hadn’t realised that it had literally tripled in, what, the last six months or so.

Another point that you made a moment ago, which I want to come back to, is you talk around the RMI/OUTsurance unbundling, which is still coming and impact where often these sort of transactions– and in truth, Thungela Coal was one of those; Anglo American basically said, here, we don’t want it any more – but often these transactions, particularly if they’re more complex, can really offer opportunity if you sort of dig through the details and there are some great profits to be made.

JACQUES CONRADIE: A hundred percent, Simon. One of the areas where I think we try to differentiate ourselves from many of the larger, long-only institutions is we really thrive on these complicated situations where you’ve got to sit down and do the work [where] there’s potentially a new opportunity, or a new share. You’ve got big circular to go through, you got to set up the work, go and see management before the share lists.

You’ve got to really lay your foundation and do the work up-front. That’s how you build edge, and the moment it hits the market you are best prepared of everyone, and you can make the right decision.

So I think our model is very much to try to work harder than hopefully most others or anyone else, being prepared for these scenarios.

They’re not an opportunity every single time, but through our 24 years, every year there’s kind of one or two of these where you can make great opportunities by just laying the foundation and being well prepared, and then finding the mispricing when there are forced sellers.

Typically with these unbundlings what happens is, let’s say, if we look back at Thungela coming out of Anglo, it’s in the hands of the wrong shareholder base. So basically everyone gets this coal share – most European and US investors don’t want to hold it for ESG (environmental, social and governance) reasons – and you’ve got a lot of forced sellers. We love buying from forced sellers, because they’re not selling because they know more than us, they’re selling because they are forced to because of their mandate or because they are maybe too lazy to do the work on the small holding. That’s kind of the ideal setup for generating outperformance and we want to make sure we prepared for those. That’s also how you make money that’s not necessarily just linked to the overall [JSE] All Share going up where you find stock-specific ideas.

SIMON BROWN: That’s a great point. I’m thinking back to South32 when it first came out. I received it because it was part of the distribution. It came and it fell and fell and fell, and it halved in value over a number of months. This didn’t happen overnight. And then, since sort of bottoming at R10, it’s now a four-bagger. There’s going to be pressure and it’s not going to be [for] just a week. It might take weeks. It might even take months to shake itself out.

JACQUES CONRADIE: Yes. You’ve got to have some real emotional fortitude for those first few weeks or months because you often feel stupid [thinking]: ‘I could have bought it so much lower. Why didn’t I buy early?’ But that’s when you’ve got to have done the work; you’ve got to be firm on what your view is of the right valuation. And even if it gets cheaper, you just need to kind of back yourself and say eventually the market will figure this out and see the value.

SIMON BROWN: Yes. It’s so much of what we’ve chatted [about] today. It’s about that sitting tight as much as it is about doing the homework and knowing the valuations.

We’ll leave it there. Jacques Conradie, CEO of Peregrine Capital. I really appreciate the insights chatting with Jacques there.

Listen to the full MoneywebNOW podcast every weekday morning here.

Have the markets bottomed, and is it safe to buy? Experts weigh in