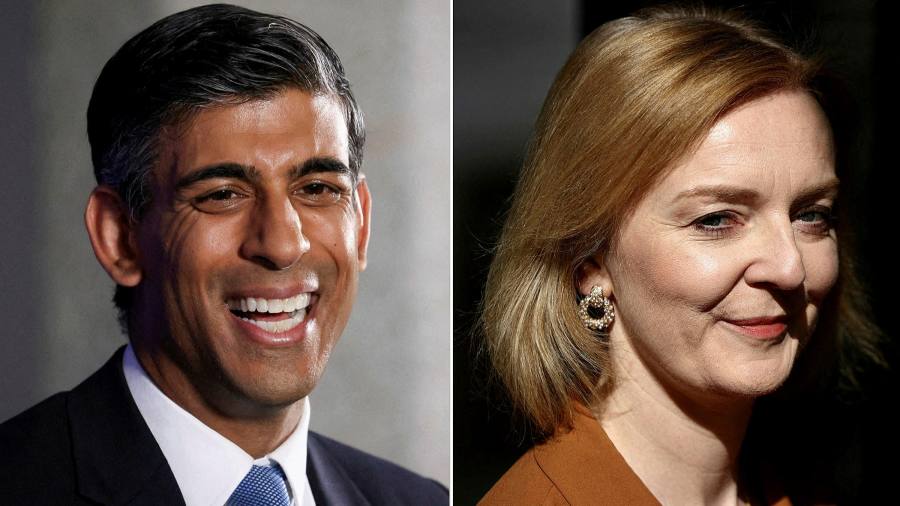 Tory ministers on Monday warned that the increasing rivalry between Conservative leadership hopefuls Rishi Sunak and Liz Truss is damaging the party and will harm its chances at the next general election.

The rhetoric between the two contenders to be the next UK prime minister has become more aggressive and personal in recent days as former chancellor Sunak and foreign secretary Truss seek to win over Conservative party members.

Sunak and Truss will go head-to-head for the first time in a televised debate on Monday evening, with both candidates eager to make headway before voting starts in 10 days time.

Truss remains the frontrunner to win the contest. According to the bookmakers’ and several opinion polls she is significantly ahead of Sunak. One ally of the ex-chancellor said, “we are the underdog in this race and we have to gain lost ground”.

While the early stages of the race were dominated by debates over tax and the economy, both campaigns have turned to other issues, including foreign policy and China, while the criticism has become more personal.

Several prominent Tories have called on the candidates to change their tone. Amanda Milling, Foreign Office minister and a former chair of the party, said the contest was “more toxic than I’ve ever seen”. She warned that if the attacks did not stop “the lasting damage to our party could see us [the Conservatives] out of power for a decade”.

Johnny Mercer, veterans minister, described the race as “puerile” and “embarrassing”, calling on both camps to “raise the standards”. He wrote on twitter: “Probably worth remembering that on current trajectory we are out of power in two years’ time”.

On Monday, culture secretary Nadine Dorries, who is backing Truss’s campaign, launched a personal attack on Sunak’s wealth in contrast with the foreign secretary’s.

She tweeted that Truss: “will be travelling the country wearing her earrings which cost circa £4.50 from Claire Accessories. Meanwhile . . . Rishi [Sunak] visits Teeside in Prada shoes worth £450 and sported £3,500 bespoke suit as he prepared for crunch leadership vote.”

In response, Conservative MP for Guildford Angela Richardson, who is backing Sunak’s candidacy, wrote “FFS Nadine!” and said she had muted the culture secretary’s account.

Further barbs have been exchanged on policy issues such as those relating to English Channel crossings. Sunak described the UK immigration system as “broken”, saying “we [the UK] do not have control of our borders”. His allies have claimed that Truss, a former Remainer, is on the side of “human rights lawyers” when it came to immigration policy.

Meanwhile, Truss’s allies said Sunak did not have enough time to gain lost ground. One told The Times, “he’s trying to fatten pig on market day by throwing red meat out but people don’t believe him. He should go back to being himself — a totally boring failed economist”.