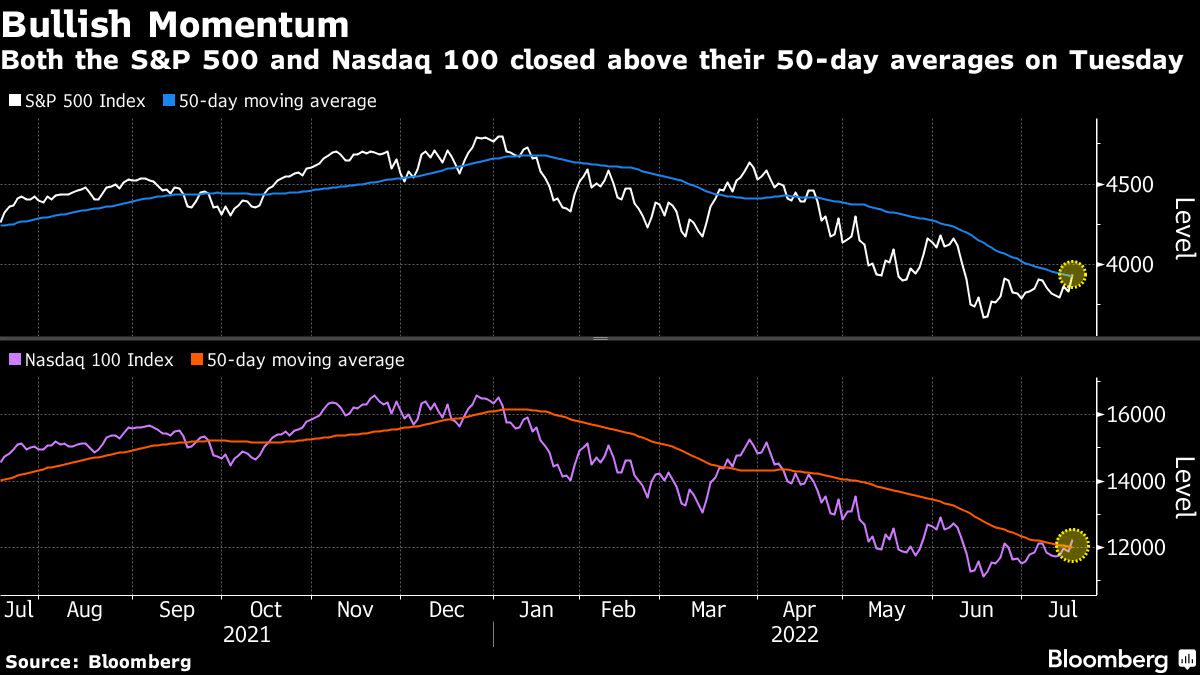 (Bloomberg) — US equity futures fell with stocks Wednesday amid rising concern that Europe will lose access to Russian gas, sending the region into a recession that could have global repercussions.

Contracts on the Nasdaq 100 and the S&P 500 flipped to losses from gains along with the Stoxx 600 Index. In the premarket, Netflix added about 6% after it reported better-than-feared earnings late on Tuesday and said it expects to return to subscriber growth before the end of the year.

The fragile sentiment sparked a reversal in haven assets, as Treasuries rose with the dollar. The yield on the 10-year benchmark fell back below 3%.

The risk of a global downturn and Europe’s energy crisis doused optimism about the US earnings season and confidence the Federal Reserve will avoid very aggressive monetary tightening.

The European Union is preparing for a scenario in which Russia halts gas exports to retaliate against sanctions over its invasion of Ukraine. The EU proposed that the bloc cut its natural gas consumption by 15% over the next eight months to ensure that any full Russian cutoff of natural gas supplies won’t disrupt industries over the winter.

June’s tentative recovery comes after the worst combined first-half losses on stocks and bonds around the world on record.

West Texas Intermediate crude oil slipped below $103 a barrel. Bitcoin hovered above $23,000 after climbing out of a one-month-old trading range.

How far will the Fed go in this hiking cycle? It takes one minute to participate in the confidential MLIV Pulse survey, so please click here to get involved.

Key events to watch this week: