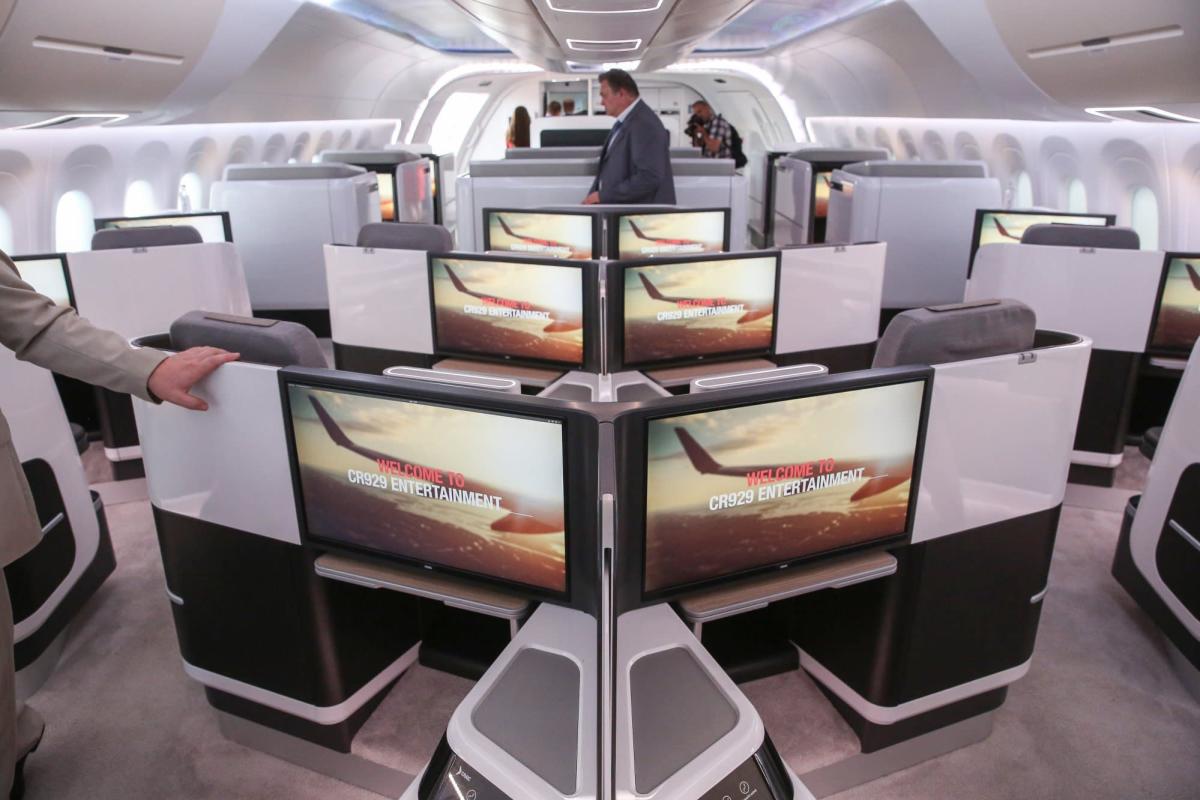 The future of the largest aviation joint venture between China and Russia is looking bleak because of intensifying disagreements between the two over how they share the profits and the possible involvement of Western companies.

The Russians are unhappy because China wants to invite Western companies to take part in the US$50 billion project to develop a new passenger jet, known as the CR-929, according to two independent sources.

“One of the key reasons is that Beijing hopes the CR-929 passengerjet will meet Western airworthiness standards. The wide-bodied jet is designed to fly to the United States and Europe, so it would be better to choose some key components by sharing some orders with European and American manufacturers,” one source who is familiar with the matter said.

Do you have questions about the biggest topics and trends from around the world? Get the answers with SCMP Knowledge, our new platform of curated content with explainers, FAQs, analyses and infographics brought to you by our award-winning team.

For example, Beijing wants to use an American or German undercarriage, while Russia insists on using its own, despite their poor safety record, the source continued.

“The Russia side regards Beijing’s choice to use Western components as showing a white flag to the West amid global sanctions following Russia’s invasion of Ukraine,” said the source.

The project launched in 2017 with the aim of challenging international manufacturers such as Boeing in the US and Airbus in Europe.

But the Chinese market is likely to be far more profitable than anywhere else, which means Russia would potentially have far less to gain from the venture.

“Moscow realised that outside China, it’s very hard for the CR929 to grab potential customers from competitors like Boeing and Airbus.”

Russian media reports have suggested that the country is considering pulling out of the project altogether.

Last month state news agency Tass reported that vice-premier Yuri Borisov had told the country’s Engineers of the Future forum: “We are working with China on this project which, in principle, is not going in the direction that suits us. China, as it becomes an industrial giant, is less and less interested in our services.

“Our participation is decreasing and decreasing. I don’t want to predict the future of this project, if we are going to leave it or not, but for now this is really the way.”

The plane is scheduled to make its maiden flight next year, but the second source said Russia is falling behind on making the wings because of a lack of capital.

The engine is still under development and China is considering bringing in Western firms such as Rolls-Royce and General Electric to work on this component despite Russia’s hopes of contributing to this aspect of the project.

Eagle Yin, a research fellow at the China Foundation for International and Strategic Studies in Beijing, said China is trying to improve relations with the West amid the fallout from Russia’s invasion of Ukraine despite its ongoing disagreements with the United States.

“Compared with US hostility toward China, European countries might be easier to deal with, because the whole of Europe is facing a common political crisis in the aftermath of the Ukraine war,” Yin said.

“Still, there are still a lot of challenges ahead, especially bilateral ties between China and the US. All efforts can only move forward if Xi [Jinping] and his US counterpart Joe Biden make some new agreement in their upcoming phone call.”