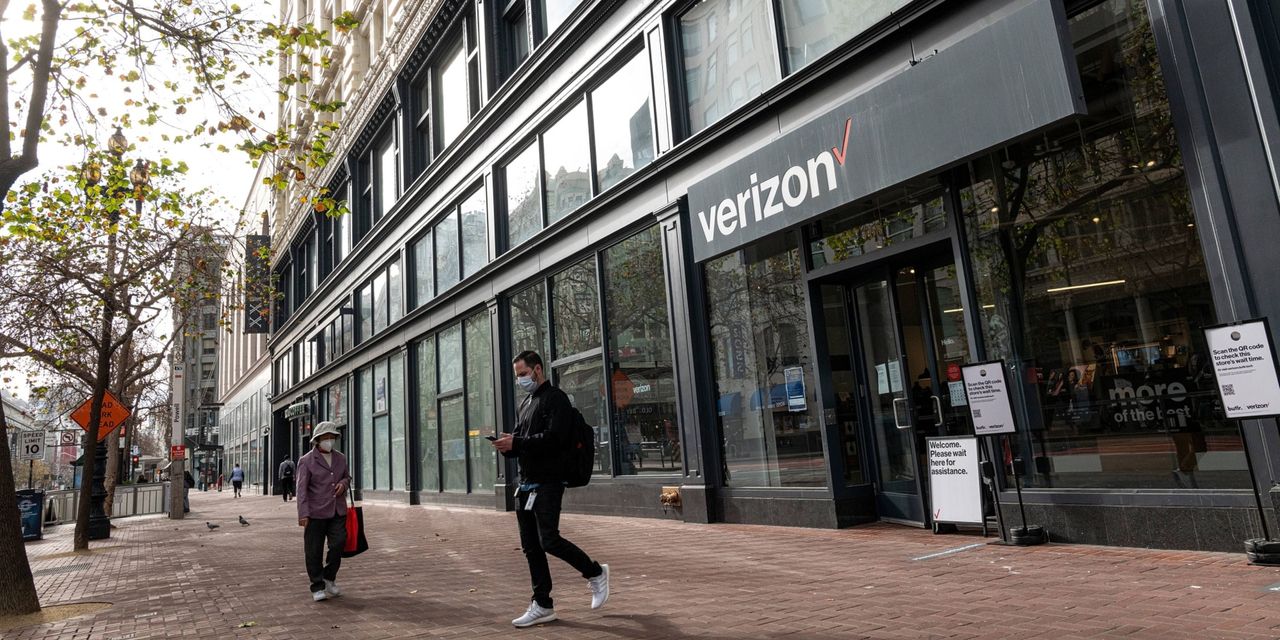 posted second-quarter earnings that were mainly in line with expectations, but lowered guidance for fiscal 2022.

he telecommunication giant’s reduced guidance helped bolster analysts’ bearish thesis on the stock, and dragged the shares down 7.7% to $43.99 on Friday. The stock was on track to close at its lowest point since November 2017.

) raked in $33.8 billion in sales, mostly in line with analysts’ estimates calling for $33.7 billion, and relatively flat from the year-ago quarter. Adjusted earnings per share clocked in at $1.31, narrowly missing calls for $1.32. Net income decreased 10.7% to $5.3 billion due to rising inflationary cost pressures, higher device subsidies and promotional spending to keep up with in an increasingly competitive industry.

The company added 268,000 total broadband users in the second quarter, up 39,000 from the previous quarter. Verizon’s consumer segment struggled in the quarter, losing 215,000 postpaid phone subscribers due to an increase in churn and year-over-year decline in gross phone additions. Consumer operating income for the quarter fell 4.6% year over year to $7.2 billion.

“Although recent performance did not meet our expectations, we remain confident in our long-term strategy,” said Verizon Chief Financial Officer Matt Ellis. “We believe that our assets position us well to generate long-term shareholder value.”

Investor attention immediately turned to guidance. Verizon is now expecting adjusted earnings per share to range between $5.10 and $5.25 for the fiscal year, down from previous earnings guidance for $5.40 to $5.55.

Reported wireless revenue growth will be between 8.5% to 9.5%, the company said, down from previous guidance for growth of between 9% and 10%.

Margins are also expected to take a hit as costs increase. Adjusted earnings before interest, taxes, depreciation, and amortization—or Ebitda— growth will be between minus 1.5% to flat. The company previously expected Ebitda growth of between 2% and 3%.

“We believe VZ is currently between a rock and a hard place,” wrote CFRA Research analyst Keith Snyder. “On the one side you have

who is being extremely aggressive with promotions, and on the other, you have

who has a vastly superior 5G network currently.”

The analyst maintained a Sell opinion on the shares, and cut his price target to $40 from $48.

Verizon has offered fewer discounts than its competitors, focusing instead on driving sales by increasing average revenue per account. This is done by stepping subscribers up to higher-priced plans. The company hiked prices recently, implementing a monthly economic adjustment charge of $1.35 per voice line for consumers, and raising the cost of business data plans by $2.20 per month.

Write to Sabrina Escobar at sabrina.escobar@barrons.com