Wedding planning: Advice from the experts 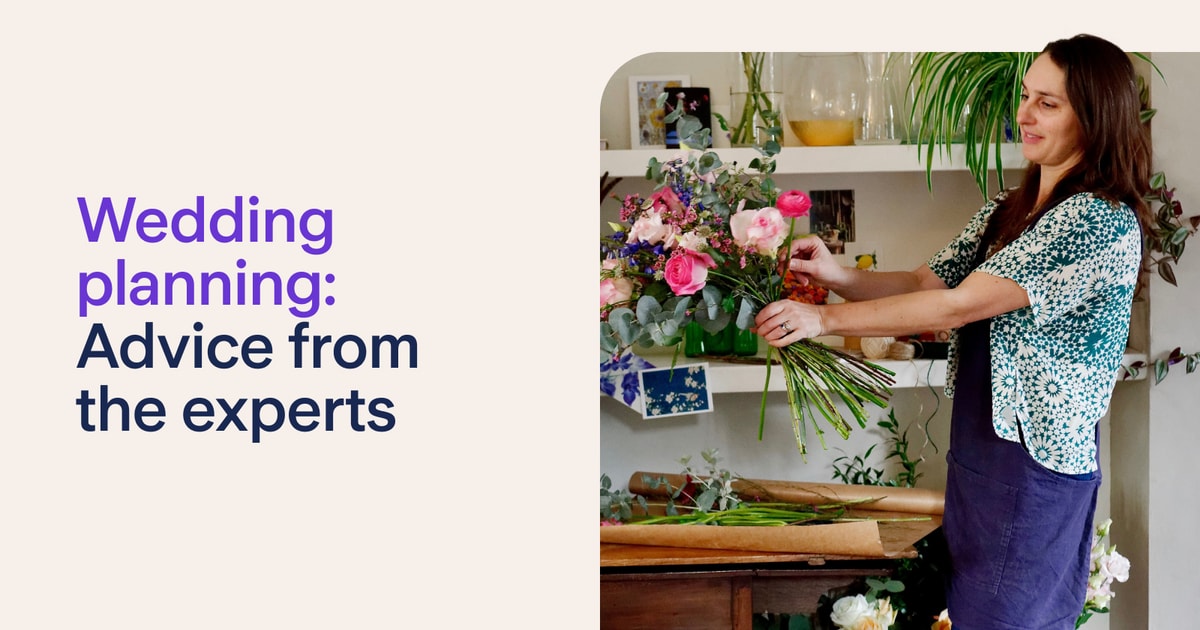 To help them find the right dress, she sends a questionnaire as part of their initial 20-minute video consultation. “I ask them when and where their wedding will be and how the bride would describe themselves in three words – I get a real sense of who they are and the words tend to align with the style of gown they end up going for.”

Juliette, 49, opened her shop in Windsor last year after a 19-year career working for John Lewis & Partners. She recommends that brides buy their dress 8-10 months in advance to leave time for adjustments.

If you’re planning a wedding in a garden or pub, you may want to ask a celebrant to perform your wedding ceremony. Their role is to help create and officiate at wedding celebrations, vow renewals, baby naming days and other ceremonies. They don’t belong to any specific religious establishment.

“I ensure that a couple has a ceremony that’s personal, bespoke and tells their love story,” says London-based celebrant Jennifer Patrice. “I’m an independent celebrant, which means the couple can have the choice of as much or as little religion as they like.”

Jennifer, 58, usually meets a couple shortly after they have settled on a date for the wedding. She qualified as a celebrant in 2017 and has done weddings in a pod of the London Eye, Hyde Park, as well as in Rome, Paris and the Caribbean.

SBI in a position to cater to all kinds of growth requirements: Chairman