What Was Michael Burry Warning About Market Crash? 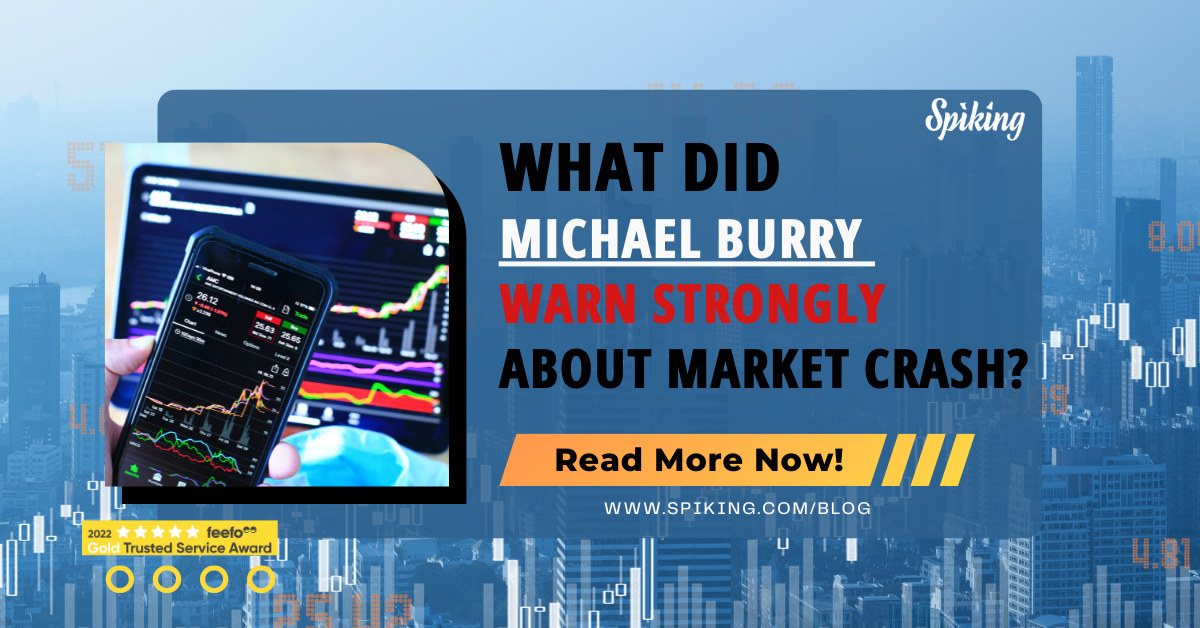 ‘Big Short’ investor Michael Burry warns stocks will crash and rallies won’t last. Here’s a roundup of his recent tweets and what they mean.

Michael Burry, the hedge fund manager of “The Big Short” fame, rang the alarm on the “greatest speculative bubble of all time in all things” last summer. He warned the retail investors piling into meme stocks and cryptocurrencies that they were careening towards the “mother of all crashes.”

Investors may be only halfway through a debilitating market downturn that has already hammered stocks and leading cryptocurrencies, according to “Big Short” investor Michael Burry.

Burry, the boss of Scion Capital Management, warned that company earnings are next to suffer from the effects of surging inflation and Federal Reserve interest rate hikes that have weighed on major stock indices and crypto tokens.

Meanwhile, the price of bitcoin is down more than 70% from its all-time high of $69,000 last November — with several cryptocurrency firms scrambling to weather “crypto winter.”

Goldman Sachs analysts said current market levels have only priced in a minor recession — and warned that a sharper stocks selloff is still possible.

“Much of the valuation de-rating this year has been due to higher rates/inflation,” the Goldman analysts said in a note Thursday, according to Bloomberg. “Unless bond yields start to decline and buffer rising equity risk premiums due to recession fears, equity valuations could decline further.”

Like Burry, the bank’s strategists predicted that corporate earnings could suffer in the second half of the year as higher costs and slowing consumer spending weigh on bottom lines.

Burry issued his latest warning on the same day that the Fed’s preferred inflation gauge delivered another decades-high reading.

While inflation is showing some signs of leveling off, the latest Commerce Department data also showed a slowdown in consumer spending — a worrying sign as more banks warn of a higher recession risk.

Earlier this week, Burry argued that the Fed could end up reversing course on its plan for sharp interest rate hikes due to signs that some retailers are battling the “bullwhip effect” — a supply chain phenomenon in which product demand forecasts don’t match actual sales, leading to wild swings in inventory levels.

The Scion Asset Management chief’s dire prediction may be coming true, as the S&P 500 and Nasdaq indexes have tumbled 15% and 24% respectively this year. In tweets he’s since deletedBurry has taken credit for calling the sell-off, explained why he expects further declines, and cautioned against buying into relief rallies.

Burry recently warned that the Federal Reserve may need to reverse itself on rates and QT.

Stocks could stage multiple rallies before the crash is over, Burry warned in a May 5 tweet.

He noted that after the dot-com bubble burst, the Nasdaq rallied 16 times by more than 10% — gaining on average 23% each time — on its way to a 78% decline at its nadir.

Burry also emphasized that after the Great Crash of 1929, the Dow Jones index rallied 10 times by more than 10%, rising by an average of 23% each time, before bottoming at a 89% decline.

On the same theme, Mr Burry also alleged in a tweet this week that Tesla CEO Elon Musk might be selling stock in the company to cover personal debts and raised the possibility of the company losing up to 90 per cent of its value, as happened to many firms in the dot-com crash.

Stocks are on a dangerous trajectory

The US stock market appears to be following the pattern of previous bubbles, leaving it poised for a monumental crash, Burry noted in a May 8 tweet.

The Scion chief pointed to the S&P 500’s trajectory over the past 10 years, noting it was strikingly similar to the index’s chart for the decade leading up to the dot-com crash, and the Dow’s chart for the 10 years before the Great Crash of 1929.

Burry suggested that human nature was behind the consistently decade-long buildups, and implied that history is repeating itself.

Burry appeared to take a victory lap in a May 10 tweet, suggesting he believes the stock-market crash that he’s been warning about has finally arrived.

The Scion boss joked he was early with his prediction, just as he was during the mid-2000s US housing bubble.

Burry also nodded to Elon Musk calling him a “broken clock” last year, after the Scion chief bet against Tesla stock, predicted it would collapse in value, and questioned Musk’s motives for selling his company’s shares.

While he outlined reasonable factors for the outcome, Burry’s prediction that the Tesla stock (NASDAQ: TSLA) could plummet by 90% back in 2021 obviously never came to fruition. Quite the opposite, in fact. TSLA is currently priced at US$165 more than when the following statement appeared on @cassandra’s timeline:

“$TSLA below $100/share by later this year will not crash the system. There is no reflexivity in such a fall. But it would trigger the end of an era for a certain type of investing. My last Big Short got bigger and bigger and BIGGER too. Enjoy it while it lasts.”

The extent of his belief was revealed by a US Securities & Exchange Commission filing months later, which confirmed Scion Asset Management held bearish put options on 800,100 Tesla shares valued at approximately US$534 million / AU$680 million (as of March 31st, 2021).

The Madness of Finance and Politics Revealed