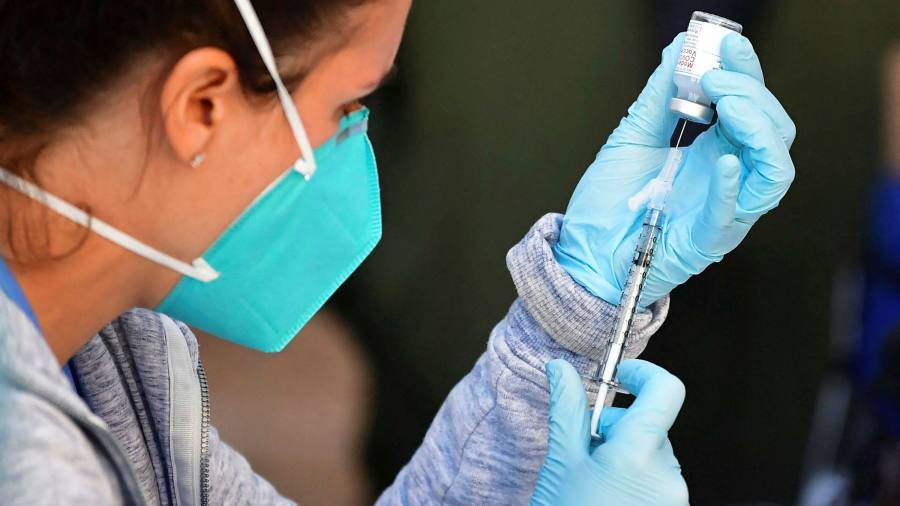 The World Health Organization is expected to say an Omicron-targeted Covid-19 vaccine dose can be administered as a third shot in order to broaden immune responses in the face of a virus that is “likely” to continue to evolve.

The preliminary advice, as described by two people with knowledge of the matter and contained in documents seen by the Financial Times, marks a significant shift in the thinking of global health authorities. The recommendation, which comes from a technical group within the health body, is the first to back the use of a variant-specific vaccine since the heavily mutated and heavily infectious Omicron viral variant emerged late last year.

The interim advice could be published as early as Friday, according to the people. The WHO did not respond to specific questions and said it was “aware” that a statement from the technical group was “forthcoming”. The WHO would only make a real-world policy recommendation once safety and other data had become available for variant-specific vaccines, the people said.

No variant-specific vaccine is on the market. Vaccines currently in use are designed to target the virus as it first emerged in Wuhan, China, more than two years ago. While they retain high protection against severe disease and hospital admissions, their efficacy against transmission and mild infection wanes quickly, especially when pitted against Omicron.

Ever since Omicron emerged, health authorities have been weighing whether to move to variant-targeted vaccines to achieve better population protection. While there is a surplus of vaccines modelled on the ancestral, or Wuhan, strain, it is likely a shift to Omicron-targeted vaccines could see some bottlenecks, at least initially, health authorities and industry observers have warned.

Moderna said last week its bivalent booster elicited increased antibodies and was safe and well tolerated. And the European Medicines Agency this week began a rolling review of the BioNTech/Pfizer variant-specific vaccine.

The WHO advice “is a signal to the industry to develop vaccines that broaden the immune response in addition to maintaining protection against severe disease”, one of the people with knowledge of the matter said. “It’s only mRNA vaccines for now, so supplies will be limited.”

Based on the data available, the WHO estimates that an Omicron-specific booster would elicit “greater breadth” in the immune response. The advice would only be limited to boosters, and would not involve the so-called primary series — the first two shots.

Immunity spurred against a broader range of antigens would be seen as positive and may potentially improve protection against future variants, according to one of the documents.

The WHO advice applies to variant-specific vaccines if and when they become available and once all safety and testing requirements are met, one of the people said, adding third doses of existing vaccines could still be used effectively.

“The relative benefit of these [variant] specific vaccines versus their cost is unknown,” the person said. “[We] need to be careful that people don’t think these are superior to existing vaccines.”